Molière (1622-1673), born Jean-Baptiste Poquelin, was a French playwright and actor who is considered to be one of the greatest masters of comedy in Western literature.  Among his best-known works are Le Misanthrope (The Misanthrope), Tartuffe ou L'Imposteur (Tartuffe or the Imposter), L'Avare (The Miser), Le Bourgeois Gentilhomme (The Bourgeois Gentleman), and Les Femmes savantes (The Learned Ladies).  He found success among the Parisians with plays such as Les Précieuses ridicules (The Affected Ladies), L'École des Maris (The School for Husbands) and L'École des Femmes (The School for Wives).  In 1673, during a production of his final play, Le Malade Imaginaire (The Imaginary Invalid), Molière, who suffered from pulmonary tuberculosis, was seized by a coughing fit while playing the hypochondriac Argan.  He finished the performance, but collapsed and died mere hours later.  Though conventional thinkers, religious leaders, and medical professionals in Molière's time criticized his work, their ideas did not really impact his widespread success with the public.  Molière is considered the creator of modern French comedy.

Freyda Thomas has an M.F.A. in Writing from California Institute of the Arts. Her first play, an adaptation of Molière’s THE LEARNED LADIES, was produced by Classic Stage Company in 1991, starring Jean Stapleton. It was subsequently produced at A.C.T. in San Francisco, Florida Studio Theatre, among others. It is published by Samuel French, Inc. Her adaptation of Molière’s TARTUFFE (retitled TARTUFFE: BORN AGAIN) had its world premiere at Circle in the Square on Broadway in 1996, starring John Glover. It is also published by , Samuel French, Inc. In 2001, her thesis play at A.C.T.,THE GAMESTER, had its world premiere at Chicago’s Northlight Theatre, garnering rave reviews and 5 Joseph Jefferson nominations. It was a finalist for the 2000 Susan Smith Blackburn Playwriting Award. In 2003 The Repertory Theatre of St. Louis gave it its second production; in 2005 A.C.T.- San Francisco produced it again, under the aegis of Broadway director Ron Lagomarsino. It is published by Dramatists Play Service, Inc. She is also the author of SPLITTING HEIRS, a period farce which has had several productions around the country, including The Alabama Shakespeare Festival, the Will Geer Theatrical Botanicum and Mill Mountain Theatre. Other classical adaptations include SCHOOL FOR TROPHY WIVES, and THE MISER, which is published by Samuel French, Inc. Her most recent work is a compilation in two books of newly adapted classical monologues: 50 Fabulous new Classical Monologues for Women, and 50 Fabulous New Classical Monologues for Men, published by Samuel French, Inc. Her complete works can be seen at her website, freydathomas.com. 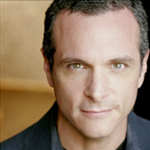 Paul most recently worked as a director with Cake Productions on In the Company of Jane Doe and with Ateh on Weekend at an English Country Estate.  Other directing credits include Wendy Hammond’s Mom & the Razor Blades, David Mamet’s Revenge of the Space Pandas and Greg Kotis’ A Walk in the Public Area at the Atlantic Theater; The Devil and Billy Markham and Americana Absurdum at the Lucille Lortel Theater in the 2006 New York International Fringe Festival, Our Town and Twelfth Night… with NYU Undergraduate Drama/Atlantic Theater Company; NY Fringe Festival award winner Bridezilla Strikes Back; Brian Parks’ Suspicious Package at the HERE Arts Center; Little Red Riding Hood, The Rimers of Eldritch, Jitterbugging: Scenes of Sex in a New Society, The Women, Pullman Car Hiawatha, The Happy Journey to Trenton & Camden, Harm’s Way, Goodnight Desdemona, Good Morning Juliet as well as one acts in Atlantic Theater’s New Works Series. As an actor: Fly (Lincoln Center – Clark Theater) Americana Absurdum at PS 122 and the Lortel, The Invitation at the Ohio Theater, and Eat the Taste at the Barrow Street Theater. Other NY Theater includes: Over the River and Through the Woods, MOJO, Goner, Bobbie Lei’s Hawaiian Halloween, Rosemary for Remembrance, Saved, Bob’s Self Improvement Seminar, Troilus & Cressida.  Film: Morning Glory, 3 Backyards (Sundance 2010 Award Winner) The Taking of Pelham 1, 2, 3, The Killing Floor, Calling it Quits, Off the Black, Wait Here.  TV: Multiple Law and Order appearances (Original, CI and SVU), The Unusuals, Cupid, Six Degrees, Conviction, Third Watch, Sex and the City, All My Children, The Guiding Light and a recurring role on the CBS drama Queens Supreme. He has also appeared in national commercials for Barclay’s, Comcast, KY, FedEx, Fidelity, Verizon, Delta, Volkswagen, IBM, CNN, Staples, Las Vegas. From 1991 – 2006, Paul taught Advanced Performance Technique and Improvisation at The Atlantic Acting School, was Adjunct Faculty at NYU’s Tisch School of the Arts and was an Artist in Residence at Oberlin College from 1986-89 teaching acting, movement, improvisation and performing with members of the Royal Shakespeare Company.

Alexis is a founding member of the Ateh Theater Group and a graduate of NYU's Tisch School of the Arts where she studied at the Atlantic Theater Company as well as musical theater at Cap 21.  During her time as an actor, Alexis appeared in numerous productions throughout New York City.  She has performed with the Ateh in The Girl in the Flammable Skirt, Mr. A’s Amazing Maze Plays, The Girl Detective and Alice’s Adventures in Wonderland.   Alexis now spends her time directing and choreographing children at the Random Farms Kids’ Theater where she serves as their Associate Artistic Director.  She is thrilled to be working once again with her best friends and the awesome ladies of Cake! 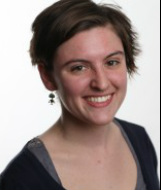 Courtney began stage managing during college, after working on theatre productions throughout her youth in New Jersey, Colorado and Long Island. Since moving to New York, Courtney has stage managed for (re:)directions Theatre Company, Atlantic Acting School at NYU, Manhattan Childrens Theatre, Dark Luna Productions, Lively Productions, and each of Cake Productions’ shows. Courtney is the Math Department Head, Data Specialist and Programmer at Bronx Theatre High School, where she has been teaching since 2006. She has directed four of the student productions there and has taught and helped develop curriculum for a Production Management class. Courtney holds a Masters in Math Education from Teachers College at Columbia, and feels incredibly blessed to work with such charismatic and brilliant students each year.

A native of Colorado, Brooke earned her BA in Musical Theatre from the University of Northern Colorado and then trekked across the country to reside in Manhattan. She spent many years traveling the country and the world performing – favorite roles include: Sarah in Sarah, Plain and Tall, Irene in Crazy for You and The Baker’s Wife in Into the Woods. She joined the Cake Productions team during the premiere performance of Modern Dance for Beginners. She has since produced and performed in Cake’s mainstage productions of Psych, Speaking in Tonguesand In the Company of Jane Doe, as well as the holiday production of It's a Wonderful Life: A Live Radio Play and the Reading Series production of A Boy Called Newfoundland.  She also received a 2010 New York Innovative Theatre Awards Nomination for Outstanding Costume Design for her work on Cake’s production of Psych. Brooke is infinitely proud of the accomplishments of Cake Productions and her amazing associates within the company’s first four years of operation. Proud Equity member. 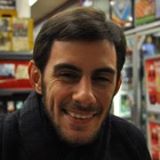 Daniel is a Set Designer and Art Director based in Jersey City.  Recent credits include "Who Wants to be a Millionaire?" [Art Director], "Intelligence Squared US Debates [Art Director], "Blame it on the Hustle." [Art Director], "14 Seeds" [Production Design] "Losing the Shore" [Set Design], and "Becky Shaw" [Set Design].  Dan received his MFA in Entertainment Design from Rutgers in 2010.  Two of Dan's many hobbies are Eating and Paying the rent, and he can be found at www.danielkrausedesign.com

Katja is pleased to be working with both Cake and Ateh again.  Previous collaborations include Weekend at an English Country Estate (also directed by Paul Urcioli), Modern Dance for Beginners (Cake), and a children's version of Alice in Wonderland.  Recent projects include a new play by Hallie Feiffer for Stella Adler's Harold Clurman Lab, and Lady From the Sea (Lee Strasberg Institute). Recent credits notwithstanding, she generally designs a substantial amount of Shakespeare and Chekhov, and works as a teaching artist, most recently with the Atlantic Theater Company Staging Success program for Brooklyn Collegiate School.  Eventually, she will have a website of her very own, but for now she can be reached at k.andreiev@gmail.com.

Since 2005, Ania has been designing lights in and around the New York City area. New York City credits include Felony Friday (NY Fringe Festival Encore Series), For Risk of Safety (The Workshop Theatre), and The Last Five Years (Manhattan School of Music). Regional credits include Shrek (Random Farms Kids’ Theatre), Legally Blonde (Random Farms Kids’ Theatre), Annie (KJK Productions), and The Nutcracker (Danse Elite Performing Artists). Additionally, she has worked as Assistant to the Flying Automation Department on Spider-man: Turn Off the Dark, and interned with Brian MacDevitt on American Buffalo and Merce Cunningham: Nearly Ninety at BAM. Ania is currently the Resident Lighting Designer for the Tarrytown Music Hall and Random Farms Kids' Theatre, and has worked with companies such as The GRAMMY Foundation, Mills Entertainment, Comedy Central, and HBO, as well as designed for performers including Citizen Cope, Andrew Bird, Jeff Tweedy, and BB King, among many others.